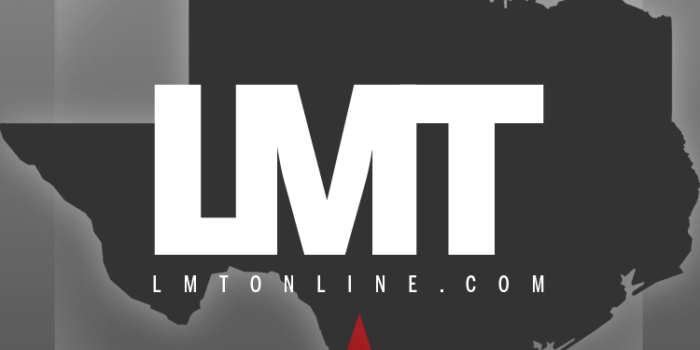 Incomplete documentation, underreported revenue and other discrepancies were found during an audit of a company that the City of Laredo contracts for recycling services.

Under the contract, a profit-sharing agreement between the company, First Recycling, and the city was supposed to commence in December.

Following questions raised by some citizens, the city hired independent auditors Mejia and Company to review First Recycling’s books from March 1, 2012 to Sept. 30, 2015.

According to auditor Gerardo Mejia, it was not until the fourth quarter in 2013 that revenues for First Recycling began to exceed expenses. From 2012’s first quarter to 2013’s third quarter, the company experienced significant losses in net income.

The auditors made a final comparison from the first quarter in 2012 to the third quarter in 2015 and determined that there was a difference of $189,534 from what was reported to the city by First Recycling to what their investigation revealed.

“(The company) was a little sloppy in reporting back to the books,” City Attorney Raul Casso said. “Watchdogs cried foul.

Mejia noted, however, that the city was unable to provide them with the reports needed to draw an accurate comparison.

“We requested all of these reports from the city, and we received them on a flash drive, and some of them were incomplete,” Mejia said.

He said he expected to have received full completed reports.

It was also noted that First Recycling does not have a dedicated bank account for activity related to its contract with the city.

Mejia said it would be easier to have one dedicated account rather than spread out over several accounts.

“There is no requirement in the contract,” Mejia said. “If I were on the city’s side, I would require it on the contract.”

The auditors also noted that Excel spreadsheets were always used to prepare financial reports to submit to the city.

However, a file for reports and supplemental data for specific transactions were not kept.

“The trail was lost as to which specific transactions were included in the reports, and the detail in the original reports had to be reconstructed,” the audit report states.

The auditors noted that First Recycling was compliant and “did all they could” to gather all documentary support from their files.

However, 170 check or debit card charges totaling $32,143 in expenses included on the report filed with the city did not have receipts or invoices.

“The fact that they don’t have a receipt is only a secondary substantiary step,” Mejia said.

Mejia went on to highlight input errors, partial monthly reports and the like that resulted in discrepancies.

“This was in the books at First Recycling. They were just not in the reports to the city,” Mejia said.

Saul Villarreal, First Recycling managing partner, spoke in defense of his company, citing the profits that have been made ever since the city outsourced the labor to First Recycling.

He also said when the City of Laredo took over the recycling operation for a period of five months from October 2011 to February 2012, there was a loss of $115,774.

“I know there have been a lot of questions of how much money was made when the city was running the system,” Villarreal said.

He said items that were not found on the report were always communicated with the city.

First Recycling requested credit for certain purchases such as work equipment; traveling for training prior to the contract was made; and payroll, which amounted to $192,500 in addition to other services done for the city, or $342,500 in total.

Villarreal, however, said these totals were given to show the city the amount of money the company had invested for the long-term contract.

“We did not give the requested credit. … We will leave it up to the city to determine whether First Recycling should get credit for these amounts,” the audit report reads.

Auditors also expressed confusion over what percent of the profits would be received by the city and First Recycling.

“Whenever sharing split is mentioned in the contract, (i.e. 70/30 between the city and the operator) the city is listed first.

Therefore, our interpretation is that the city gets 70 percent, and First Recycling gets 30 percent.

“It really should be clarified now that we are entering into the net income sharing period,” Mejia said.

He said City Council may consider renegotiating the contract.

“The good news is that they provided all the information that was requested of them, and they were told to report directly to council.

The first time they reported directly to the city manager,” Altgelt said.

District 5 City Councilman Roque Vela said mistakes found on the audit should be reviewed especially since income sharing is on the cusp of commencement.

“Other than that, I don’t know what’s happened,” Vela said.

City Manager Jesus Olivares said the contract would be strengthened.

“I think the audit was a good thing because it identified certain items that we agreed that we need to strengthen,” Olivares said.

“Right now, it’s unfortunate that the market is very bad.

I don’t think there is one recycling program in the country that is not suffering because of all the recycling materials that are dependent on the oil industry.

“We hope and we encourage the public to recycle.”

Vela made a motion to ask Olivares to bring back a revised contract for City Council’s approval by the end of the summer. Juan Narvaez seconded the motion.

Mayor Pete Saenz said a successful part of the audit showed that the city is owed no money. He also took responsibility for the city’s mistakes.

“I think there are lessons learned for both First Recycling and the city,” he said.

“There were gaps there as far as our verification as well. I believe the audit was very thorough, very detailed and complete.

“There’s an opportunity now based on what the auditor suggested … to make it tighter on both ends.”

Mejia shared sentiments on the part of First Recycling.

“This was one of the most invasive engagements we have performed, and they never showed anything other than a friendly attitude and willingness to cooperate and assist us any way they could,” Mejia said.

Ever since October 2013, the city has distributed blue recycling containers in an effort to increase the amount of recycling.

For 17 years prior to that, residents were given blue bags that proved to be unpopular, according to various city officials.

The city invested $2.9 million in purchasing 57,000 blue recycling bins for Laredo residents in 2013.